I am very excited to announce the premiere of my new piece ‘Voices from the Front’, which will be performed on Wednesday 26th November 2014 at The Building of Bath Collection, in Bath.

‘Voices from the Front’ is a choral piece set to the words of poems from various soldiers who fought and died during the First World War. This year is the centenary of the First World War, and events up and down the country have been staged to remember those who lost their lives during the dreadful act of war. There have already been several music events in Bath, all focussed on the centenary and remembering a generation of mostly young men who were taken in four years of senseless violence. And that is just the First World War. Remembrance Day is actually to remember lives lost and affected during all conflicts.  ‘Voices from the Front’ is a small contribution to this national event, and I sincerely hope the audience will be moved by the piece.

The piece will be performed by Men With Horns, a male voice choir led by Steven Hollas (organ) and conductor Mike Daniels. You may remember that this wonderful choir performed another of my pieces, ‘Dust’, back in March 2014. I was truly inspired by the professional and warm sound that this choir produces, and so it didn’t take long to write a new piece for them.

‘Voices from the Front’ will be performed alongside a beautiful rendition of Rheinberger’s Mass in F for choir and organ, as well as solo pieces from baritone Niall Hoskin.

The concert starts at 1pm on Wednesday 26th November 2014, at The Building of Bath Collection, The Paragon, Bath. 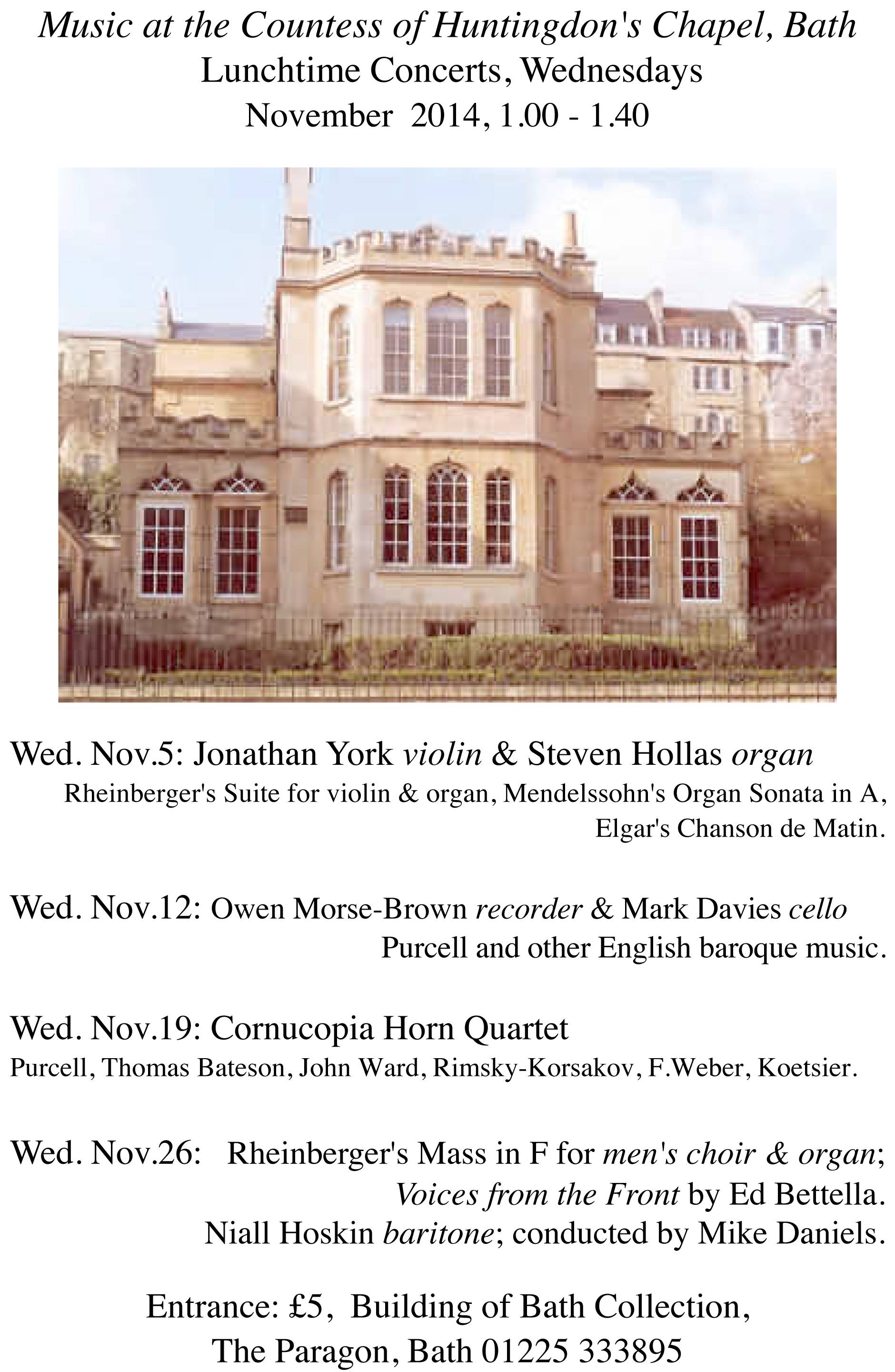