I recently had the pleasure of attending a concert about the life and music of Welsh composer Morfydd Owen (1891-1918). Owen lived a relatively short life, dying at the age of 26 and yet by that time she had already composed around 200 works. The pace at which she composed combined with the quality of the music she wrote, has led to a reassessment of her musical legacy. 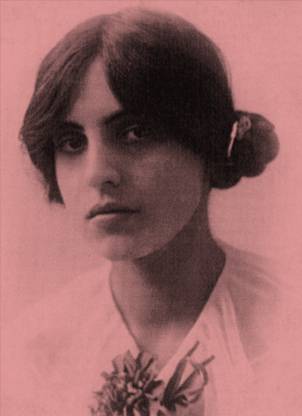 The concert was a moving combination of Morfydd Owen’s music interspersed with her letters to friends and loves. Soprano Elin Manahan Thomas seamlessly switched between singing Owen’s songs and reading out her private letters, providing  a fascinating insight into the life of this remarkable individual. Elin’s voice had both vibrance and intimacy, easily switching between the contrast of emotions in the tender The Land of Hush-a-bye and then the pure joy of Spring. Pianist Brian Ellsbury provided the complete range of tonal colour necessary for Owen’s music, performing with sensitivity when accompanying Elin and providing gravitas to the solo piano works.

In her letters Morfydd is startlingly frank about her feelings, especially on her music. The opening piece was Rhapsody in C# minor, a confident and mature piece of writing for solo piano, which she then describes in the following letter as ‘not very good’. Her ongoing correspondence with long time romantic interest Eliot Crawshay-Williams dominates the readings and it is clear that despite not being able to reciprocate fully, this was a relationship that was mutually deep and passionate.

By the end of the concert you are left with a great sense of ‘what if she lived for longer?’ Like so many artists and writers who die young, that is a hypothetical that can simultaneously aggravate and depress. But ultimately, and this is just the writer’s opinion, time is better spent celebrating the music that has been written and can be rediscovered for generations to come. What is clear, is that by the age of 26 Morfydd Owen was a master at setting music to words, with a rich harmonic palate to draw upon. The fact that she was a trained and promising mezzo soprano is no surprise, as the songs have a fluency to the writing that is natural and unforced. Her piano writing shows real creativity and a standout piece is the Prelude in E minor, which displays keyboard prowess and a distinct voice.

However what struck me most was the modernity of some of the harmonies and the depth of emotion conveyed. Her reworking of the traditional Welsh lullaby Suo Gân demonstrates how Morfydd was capable of some incredibly striking harmonic progressions, with a vocal line that floats ethereally in and out of tonality. The culmination of all of this talent is encapsulated in the sorrowful Gweddi y Pechadur (The Sinner’s Prayer), a timeless art song that can trace its roots to Purcell’s Dido’s Lament, but is ultimately a unique musical statement that you feel could only have been written by Morfydd Owen. You can watch Elin performing this masterpiece in the video below.

I have chosen not to go into great detail about Morfydd’s biography, because I strongly urge to discover this for yourself. It is a fascinating story of someone who achieved so much, despite the inevitable barriers that were placed in front of her as a consequence of being a woman in Edwardian England. In addition, her clear sense of pride in her Welsh identity and the songs she wrote in Welsh, makes her an important asset to Welsh culture.

Much of Morfydd Owen’s music remains unpublished and to be discovered, but you can make a good start with what has been published. Brian Ellsbury has released an excellent recording of some of Owen’s solo piano music on iTunes, Works for Solo Piano and this was followed by Portrait of a Lost Icon which features Elin Manahan Thomas and Brian Ellsbury, and was recently reviewed on BBC Radio 3. I have also included a couple of clips in this article featuring Elin and Brian performing Morfydd Owen’s music. Discover and enjoy!