Thoughts on the Premiere of Sunset Fan/Sunset Flood

It’s been a couple of weeks since the premiere of my new piece, Sunset Fan/Sunset Flood, and I’ve only just finally had a chance to write a short blog about what turned out to be a magical evening.

Just to recap, Sunset Fan/Sunset Flood is a suite in 4 movements for piano and cello, inspired by the words of writer James Roy Blair Anderson. I have previously collaborated with James on ‘Dust‘, a short choral piece set to the words of his poem of the same title. This time, I took two of James’ poems, ‘Sunset Fan‘ and ‘Sunset Flood‘, and composed a musical depiction of the words.

The final suite can be performed both with or without the words being read in between the movements. In rehearsals for the concert we decided to read the poetry in between each movement, and I think the overall experience was truly heightened.

My musical partner in crime for this was cellist Jonathan Stabler, an experienced musician who revels in the challenges of performing new music. In addition to my new piece, we put together a program of music that included a diverse range of repertoire for cello and piano, with duets and solo pieces respectively:

Variations on a Slovakian Theme, Bohuslav Martinů (cello and piano)

Adagio from Serenade for Winds, Wolfgang Amadeus Mozart, adapted for cello and piano by Edward Bettella 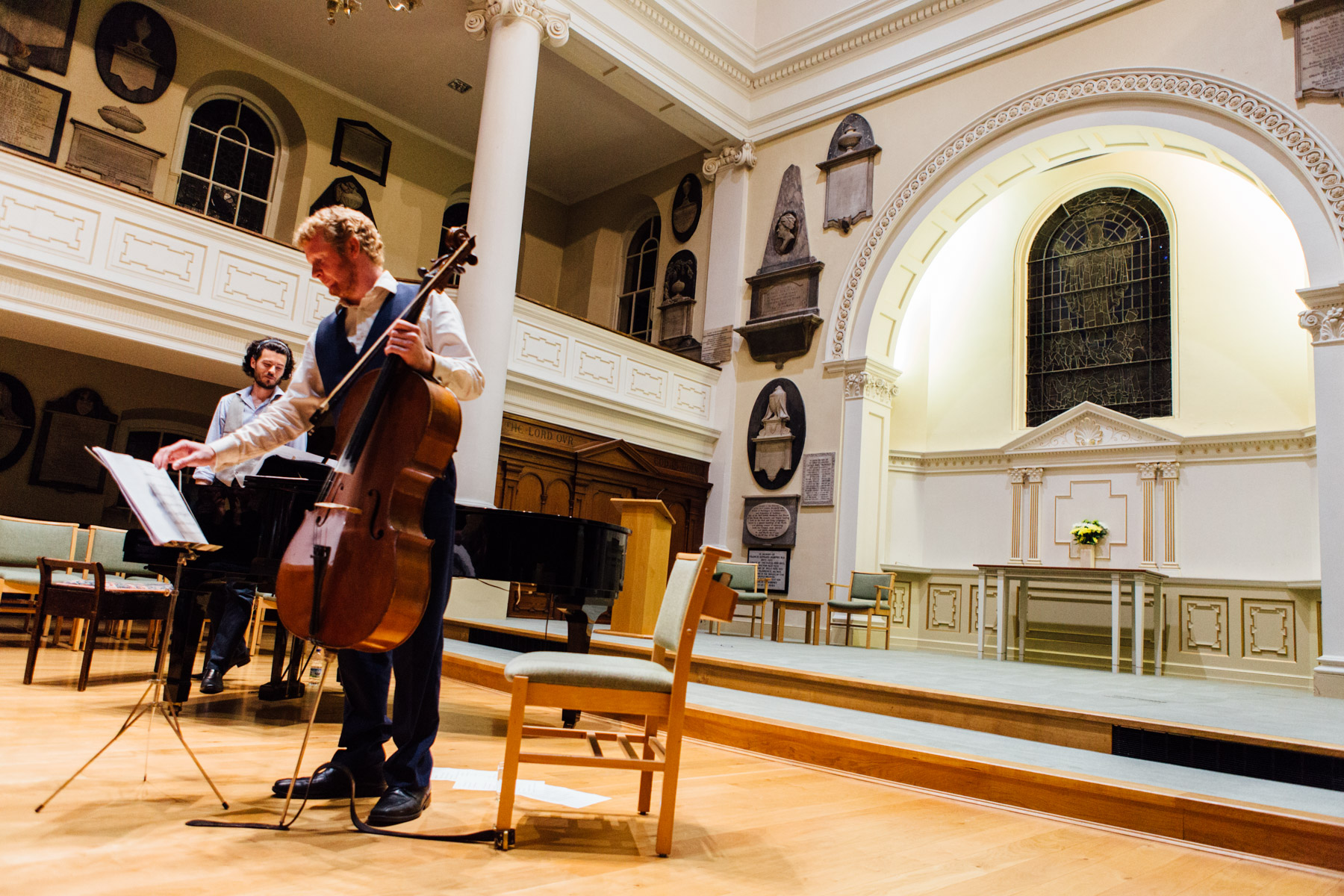 Live at St Swithin’s Church, here you can see the beautiful interior

This program would take the audience on a musical journey from the Baroque period to present day. We had put in a lot of work in rehearsals and of course the admin and promotion that’s required for putting on a concert! We were very lucky to have in Bath St Swithin’s church in Walcott. A 5 minute walk from the centre of town, this beautiful example of Georgian church architecture also happens to have excellent acoustics and a very fine Yamaha G5 grand piano. Simply not having to worry about the hire of a grand piano was a massive relief, and to find that the piano was also very nice to play, takes even more stress off you as a performer. 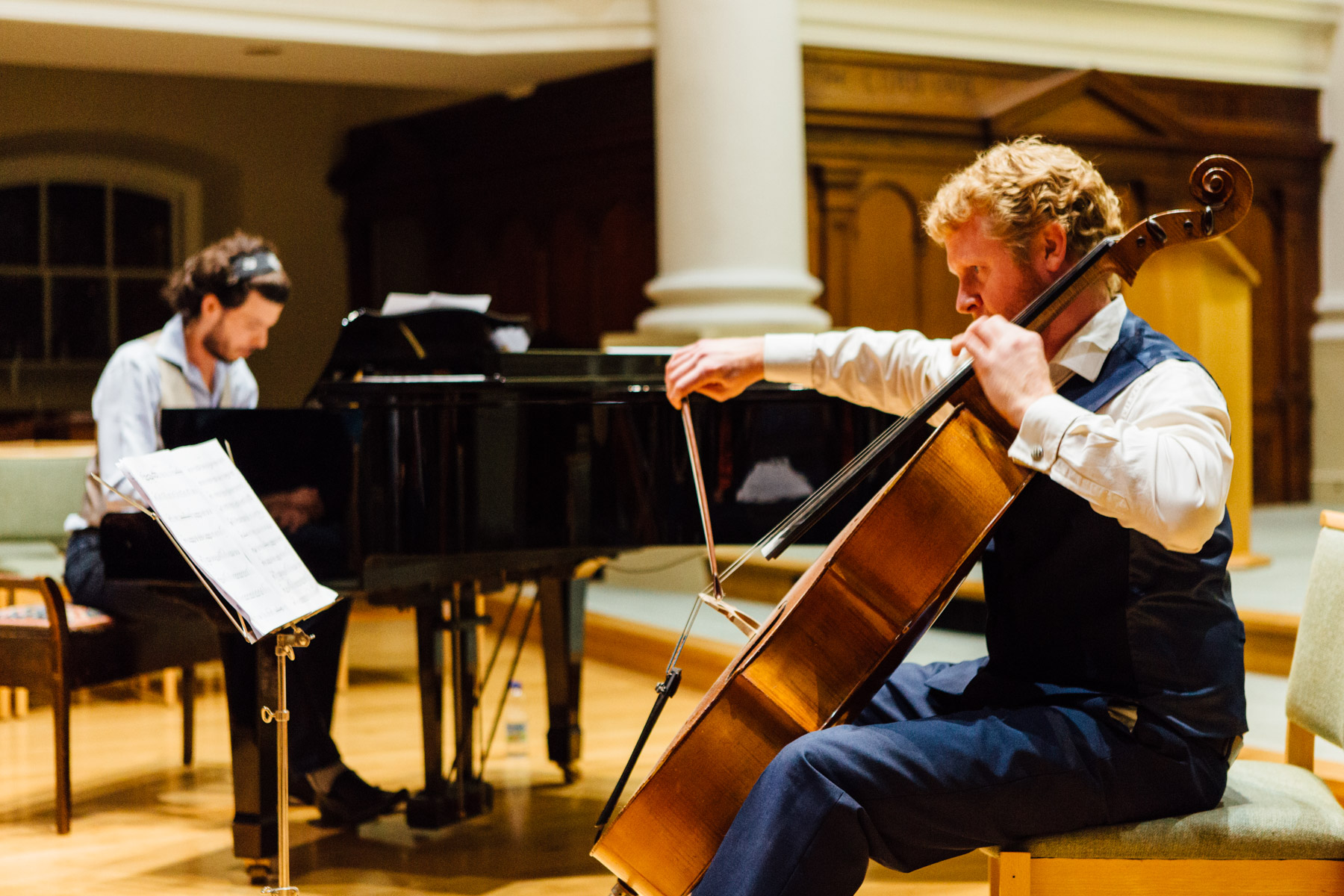 Like any concert there nerves before showtime, but I have to say that once we were there performing the music it went by in a flash. So much so that even at the end, I didn’t have that adrenaline high you often get when performing, I guess I was just really in the moment. Some of my favourite moments included catching a smile with Jon as we performed the Adagio by Mozart, a beautiful piece that simply plays itself, and performing an encore of the second movement of Sunset Fan/Sunset Flood. An intense piece in itself, it was actually the first movement of the suite that I composed, and it’s real fun to play. The standing ovation we got at the end of that was quite wonderful, and no doubt Jonathan and I will cherish those memories for years to come.

If you couldn’t make it, thanks to modern, lightweight technology, I was able to record the concert. You can now hear for yourself the performance of Sunset Fan/Sunset Flood; the words of James Roy Blair Anderson are read by Jonathan Stabler.

I would like to put on record a few thanks to several people who made this concert happen. To Janet, the operations manager at St Swithin’s church, for being on hand throughout the process and during the concert. For Marc, the piano technician from the Piano Shop Bath who did that all important piano tuning. To Eva and Katie for running a very efficient ticket desk and bar! To James Roy Blair Anderson for letting me use his beautiful words. To Greg Shingler, an extremely talented photographer, who with a few snaps managed to capture the joy of the evening. And of course to Jonathan Stabler, not just for his excellent cello playing, but also for being a very intuitive musician when it came to bringing my piece to life. Finally, a heartfelt thanks to everyone who came to watch and experience, your support meant the world to us. 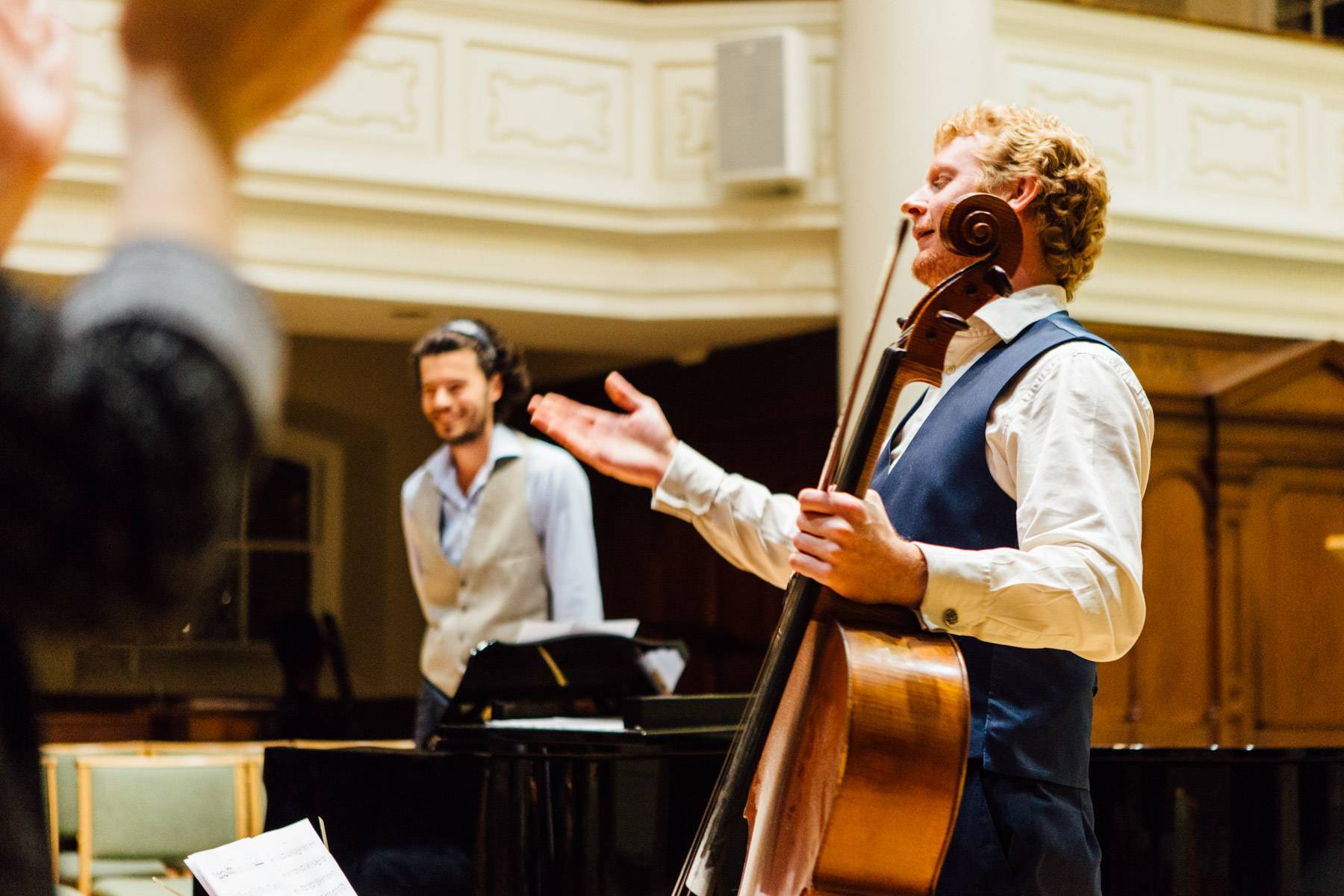 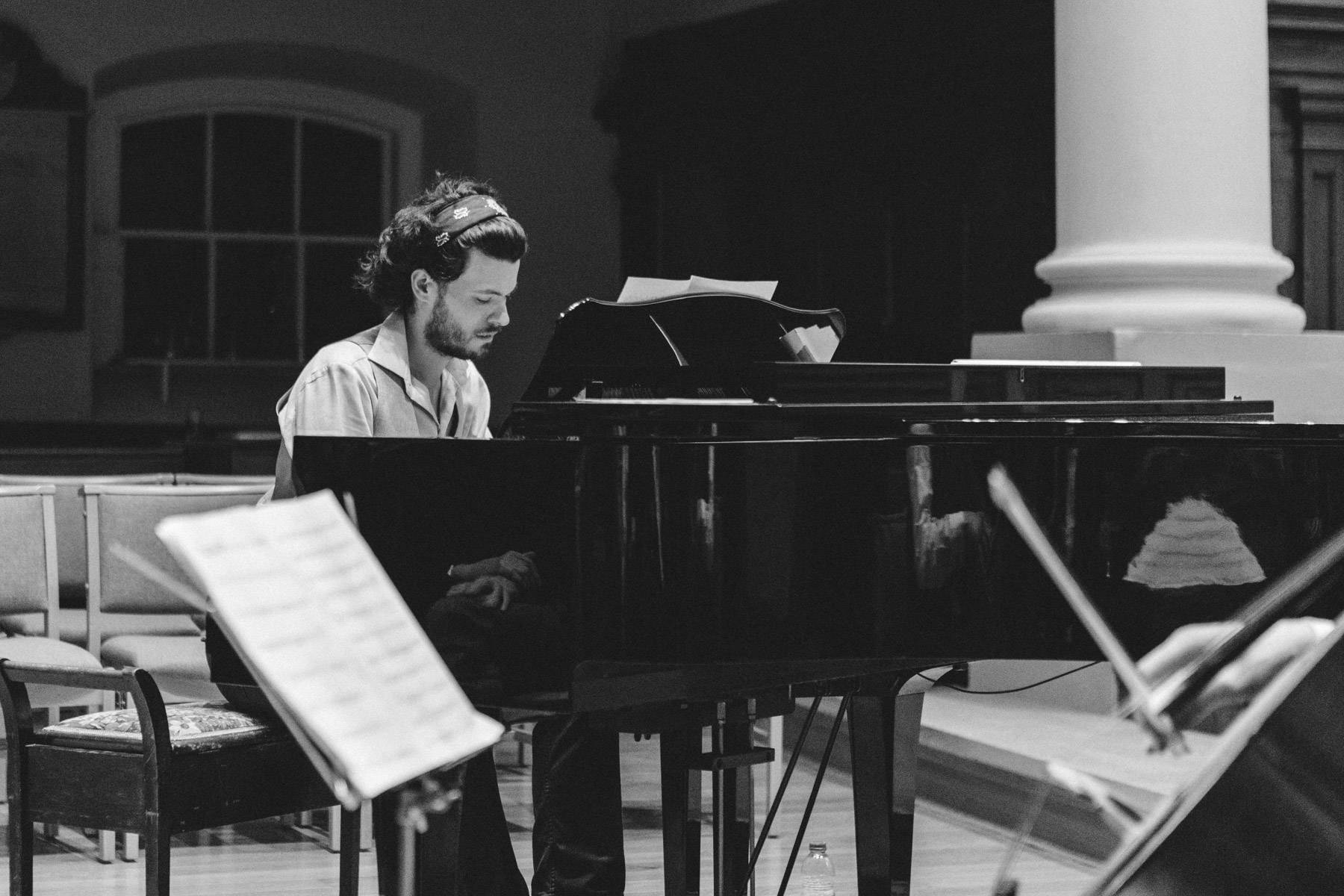 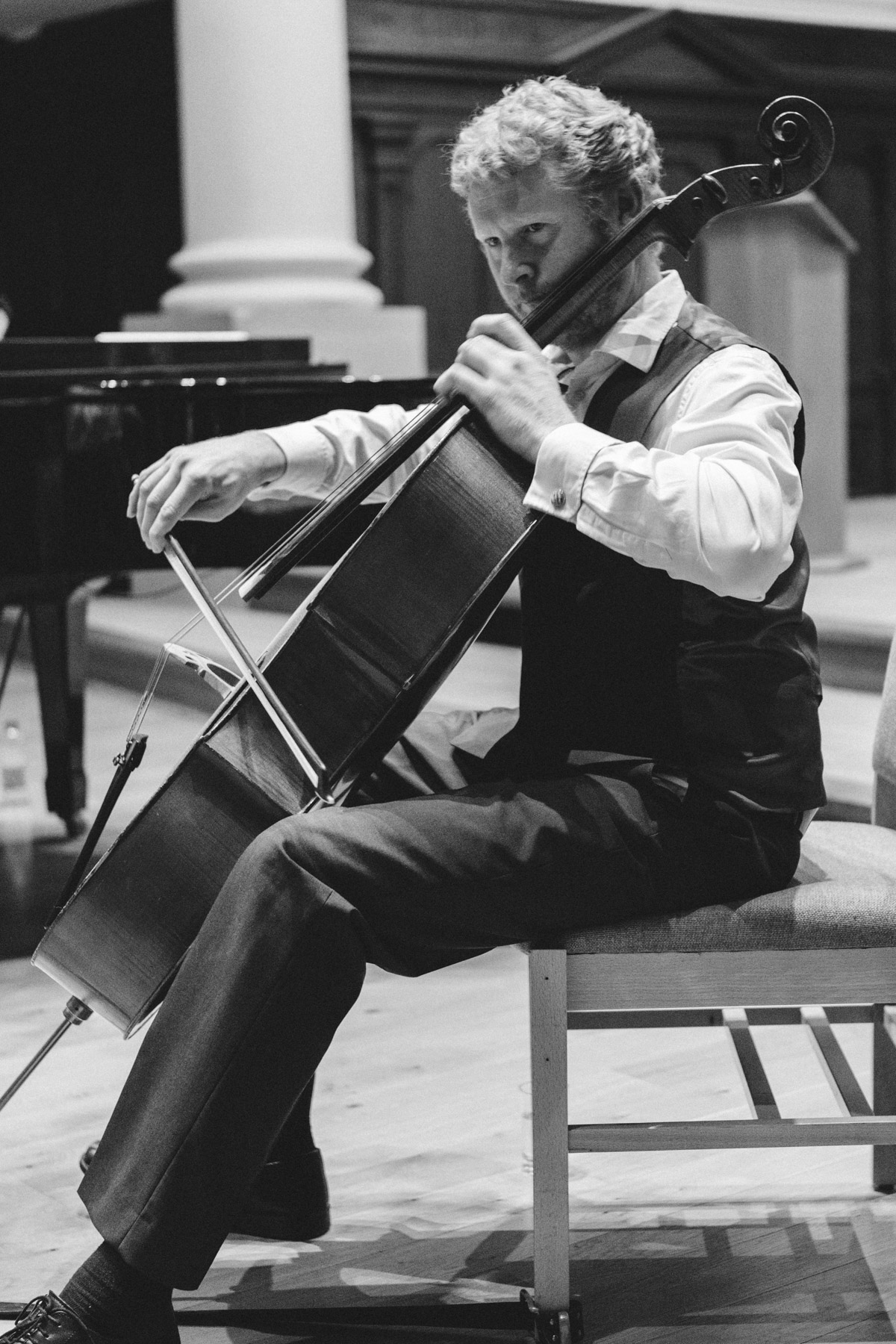 All images by Greg Shingler