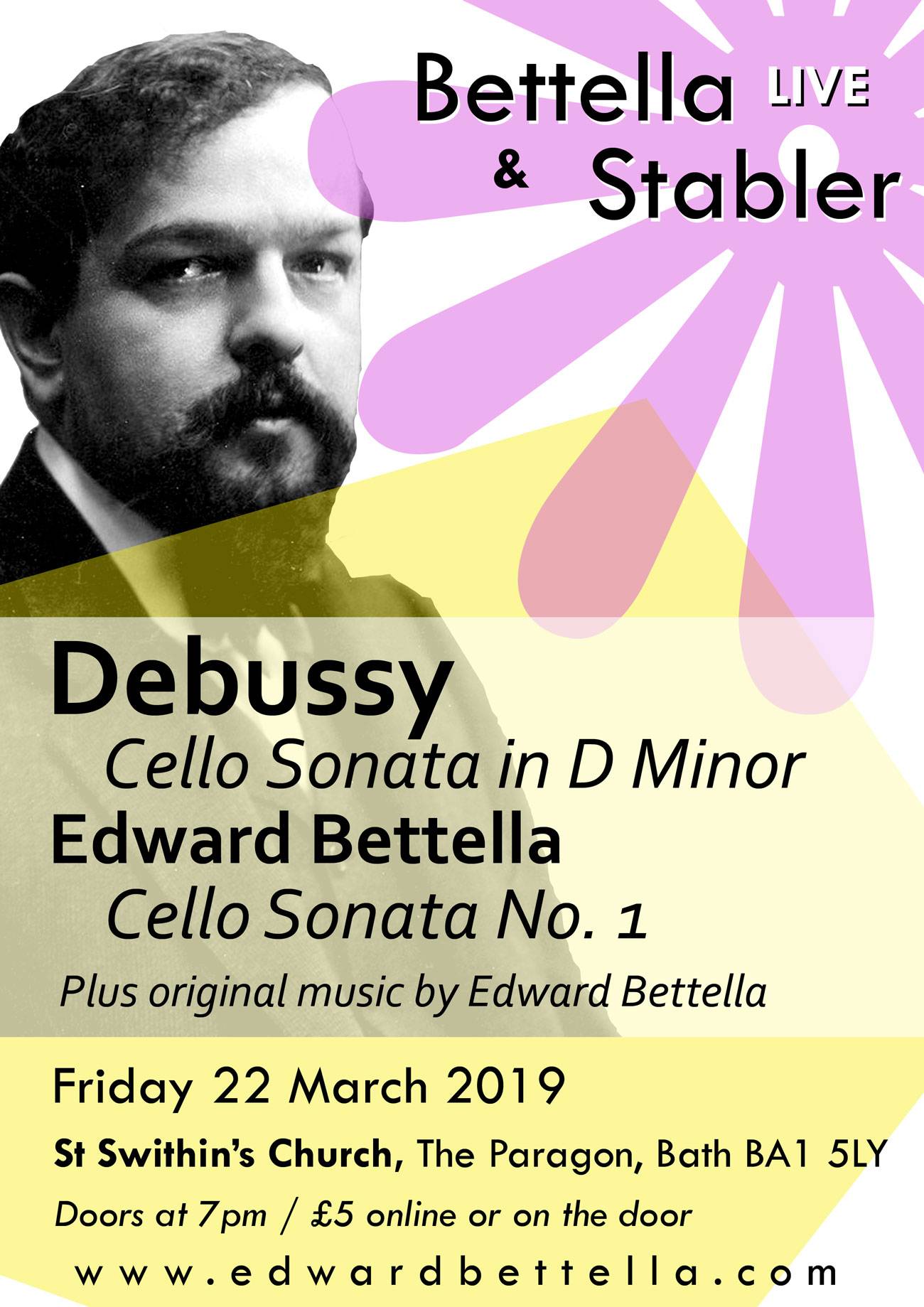 3 Songs on a Ground Bass:

Stevie Wonder, They Won’t Go When I Go

This concert will also feature music by Edward Bettella including the epic Cello Sonata No.1, which had its world premiere last year. A modern piece of classical writing that celebrates the heritage of composition for cello and piano, Cello Sonata No.1 utilises a broad palette of tonal colour and timbre, with a wide range of techniques for both cellist and pianist. This new work was recorded as an EP and copies will be available after the show.

Tickets are available through Ticket Source